Now, this one isn’t all that bad and is usually the first response you will get. Some times it’s as simple as you have to get up early and are an adult and therefore don’t want to get hammered. Other times it’s because of some deep traumatic event in your past and other times the answer is simply, “because I don’t.”

The point is, even though it’s the most benign thing you’re likely to hear as the sober friend that doesn’t make it any less irritating. It’d be like being asked why you don’t eat vanilla ice cream or why you don’t like a particular song. Sure it’s cute conversation in the moment but after the first three hundred times, it starts to get really old.

2. You should totally try this.

This one is hit or miss. There are friends that are happy enough to accept another’s sobriety and go on about their day (as long as these sober friends don’t get all evangelical and try to make everyone else stop drinking, too). But then there are the other friends. The ones that just can’t seem to leave it alone. That seem to think you’re missing out on something by not drinking.

And more often than not, these are the friends that go on a tasting quest. That believe they can find the right type of alcohol or perfect mix of flavors in a mixed drink that will suddenly change your life and make the scales fall away from your eyes! That will make you exclaim, “you are right, dear friend. Not having this particular alcoholic beverage until now shows me how much lesser my life has been. Hallelujah!” 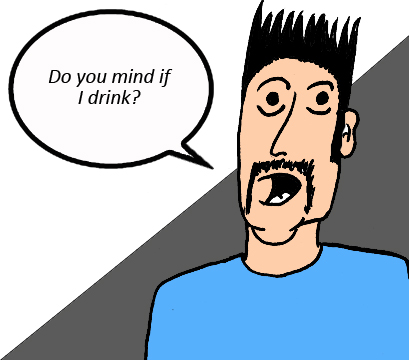 I don’t know why. I don’t know why anyone would ask this. If I were a recovering alcoholic I probably wouldn’t be around booze. Even if I was, that probably would mean that I can handle you sipping on a Long Island Iced Tea or having a can of Budweiser. You don’t need to ask my permission to drink, we’re both grown ups. If it is a problem, I’ll tell you and/or leave. 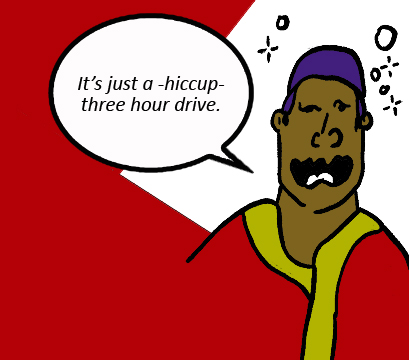 Yes, of course. There’s nothing that a sober person loves more than the automatic assumption that because they’re not drinking, they want to drive all their obnoxious drunk friends home. If you ask when you invite us out, that’s okay, because we at least have the option to refuse. And if you’re really destroyed, we’ll probably take you home anyway (if we like you enough).

But it’s not cute when we show up and say we’re not drinking to hear, “I know who I’m riding home with tonight.”

Especially because you’re a sloppy drunk. 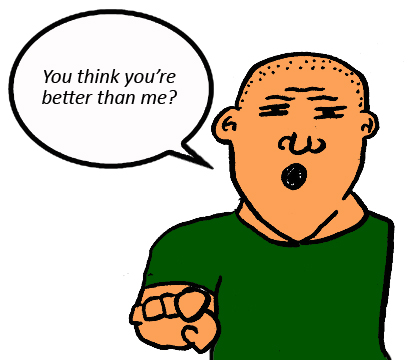 5. Do you think you’re better than me?

This isn’t religion. Not drinking isn’t some ego thing. It’s a point of personal preference. So, no, we don’t think we’re better than you.

Though when you start being threatened by someone just not taking part in your particular social action of choice and acting like a bit of a dick, we do start to know we’re better than you.