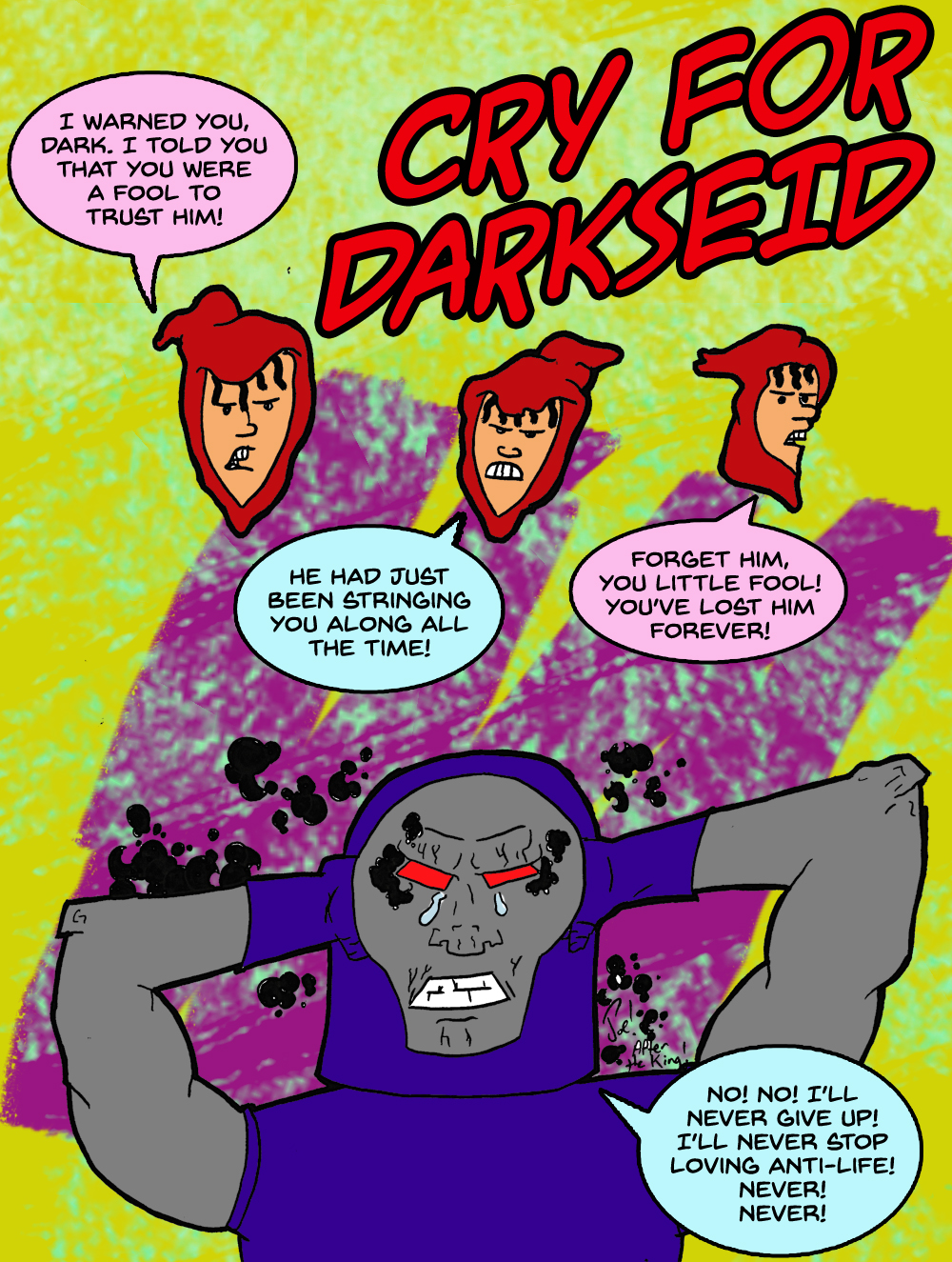 So, yesterday (August 28th) was Jack Kirby’s 100th birthday. You may know Kirby as the co-creator of Captain America and the man that created Stan Lee…I mean, the Marvel universe. He also created the New Gods and Darkseid for DC.

But, during the 1950s when superhero comics were not popular, Jack and Joe Simon were very successful doing Romance comics (which were a dominant genre of comics at the time).

So here’s my tribute to the King. An homage to one of his Romance books starring everyone’s favorite devil, Darkseid.