He’s got some gross powers, but he’s still a cool X-man: Maggott. 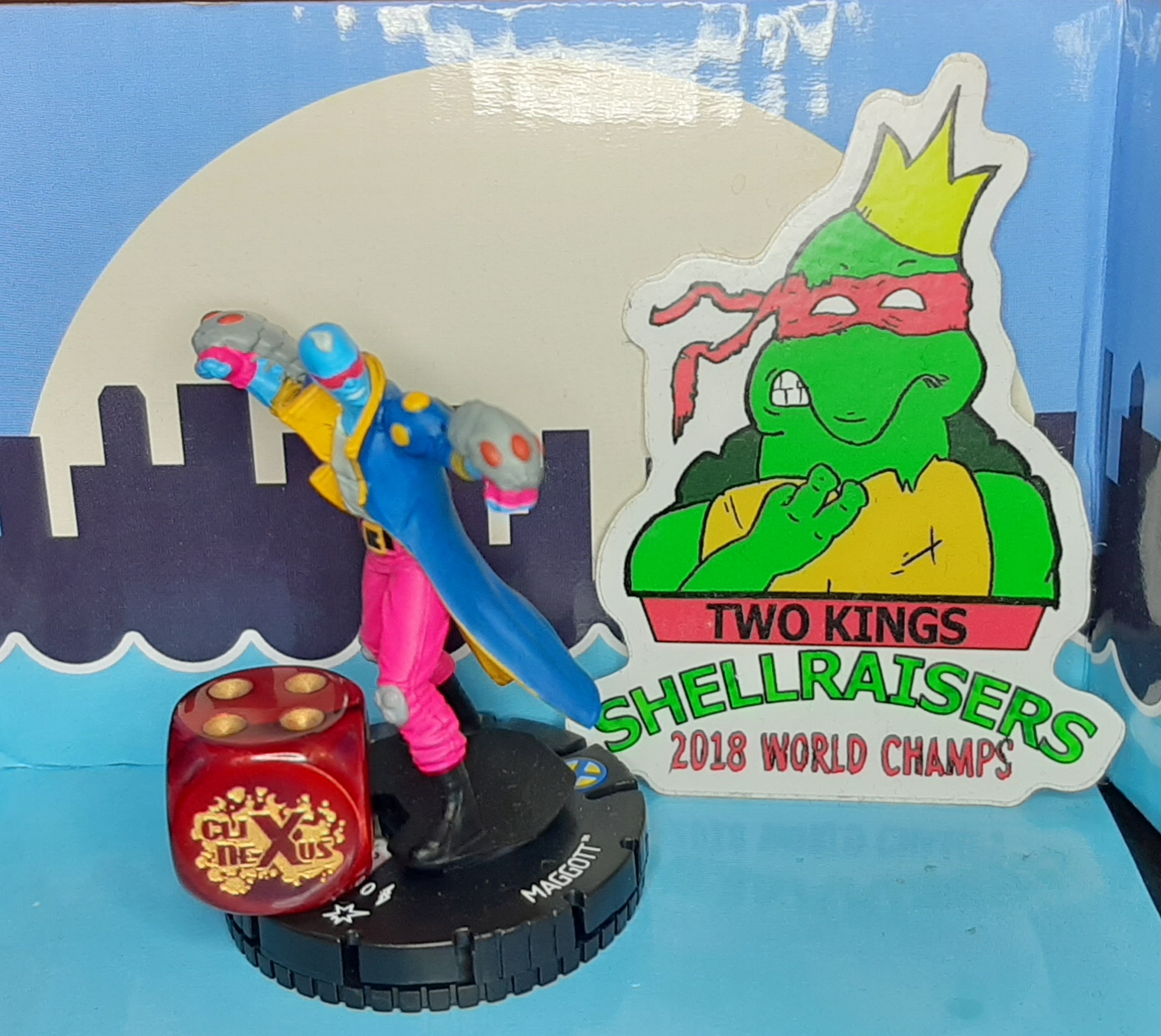 Did you miss the preview of Maggott? Then you should go here.

Japheth comes from a family of five and is always under-sized. From birth, he suffers from terrible stomach pains and is eventually diagnosed with cancer at the age of twelve. Fearful of becoming a burden on his family, he leaves his small African village and travels to the Kalahari Desert, intent on committing suicide. There he is found by the master of magnetism, Magneto, who realizes the true source of the boy’s pain: he’s a mutant. And there are two large slugs in his stomach that act as his digestive system. Magneto is able to extract the slugs without killing the boy, which also turns Japheth’s skin blue for the first time, and brings all three of them back to the village, only to find that Japheth’s father had been killed by rebel fighters. Magneto is asked to help and slaughters the rebels while the young mutant watches on. The violence is so shocking that Japheth swears to never join Magneto’s cause. Though this angers Magneto, he promises Japheth that he will change his mind one day.

After Jahpeth grows into a young man, he decides to track Magneto down. While he no longer suffers from chronic stomach pain, his slugs still have to burrow in and out of his stomach each time he needs to eat. And because the slugs need to feel themselves as well, they eat up to five times a day which begins to wear on the young mutant. Using his psychometric powers, a telepathy that is able to read residual memories from a place rather than a person, Japheth makes it as far as New York City. There he encounters Psylocke and Archangel and the three have a brief altercation before all being teleported to Antarctica for Magneto’s trial of Gambit. Japheth thanks Magneto for saving his life but ends up traveling back to New York City with the X-Men.

One of the first displays of his powers occurs after Cyclops has a bomb removed from his chest. While the surgery is successful, the bomb is still set to detonate which endangers the entire mansion. One of the slugs quickly gulps it down and is able to safely contain the blast within its stomach. Based on this and his help in Antarctica, Maggott is officially invited into the X-Men.

Maggott remains stand offish at first, fearful that his odd way of eating will be off putting to the other mutants. This is not helped when several humans nearby are slaughtered in Salem Center, with the assailants’ description matching those of his slugs, Eany and Meany. Terrified, Maggott attempts to turn himself into the police only to be stopped by the X-Men when they discover the true assailants: a group of Ru’Tai demons that look much like the slugs, led by a creature named Pilgrimm. This encounter begins a relationship between Maggott and Wolverine.

After helping the team defeat the Shadow King back in Africa, Beast suggests that Maggott join Generation X at the Massachusetts Academy to learn more about his mutant abilities. Maggott agrees and transfers to the school only to be quickly attacked by a big game hunter named Slaughter who is hunting his slugs. Though Generation X helps repel the invader, Maggott feels personally responsible for putting all of them in danger and leaves in order to put a stop to Slaughter’s threat once and for all.

Maggott is eventually captured by Weapon X and is among those first executed at the mutant internment camp, Neverland. Before his execution, he gives one of his slugs to two children in hopes that a small part of him would survive. Mr. Sinister, disguised as a Dr. Windsor, helps the children escape and keeps the slug captive.

Though it is never confirmed exactly how, Maggott seems to pop up several times after his first death. He is raised as a techno-organic zombie by Selene when she attacks Utopia. Someone that looks like Maggott appears to be in Washington, D.C. during the Million Mutant March. He later seems to appear at a support group for mutants that cannot pass as normal humans. However, these are all assumptions and he does not seem to be regularly adventuring with the X-Men during this time.

During Nate Grey’s “Age of X-Man,” Maggott is among the X-Men transported to the other Earth where mutants can live in peace. When Nate sees the error of his ways, Maggott is transported back to the real Earth. He is among those happy to join the newly formed nation of Krakoa.